Clients talk about the desired recruit being someone able to build a finance team, influence the business strategically and be a good business partner to other departments. What often goes unsaid is that the hiring manager has personal views on what constitutes a good direct report.  Managing sideways and down are part of the job for the new recruit but balancing it with reporting upwards always comes with the territory.

When we are talking to clients or candidates we listen hard for signs of the potential clashes that might occur and the ability of both parties to adjust to different ways of operating.  Diversity brings new ideas and fresh thinking but it can also lead to personality clashes and friction that is far-reaching in the business and disruptive to high performance.  Most people think they can be professional in dealing with people who work in different ways but the day-to-day reality can be painful.

Remote working and global businesses that bring different cultures together are likely to exacerbate the tensions brought about by individual working styles.  A whole new industry has become established just providing advice and interventions to resolve what one writer dubbed “conflict in the age of Zoom” and history is littered with examples to support the notion that mergers can be “killed by culture”.  The role of managers who are working with their team but also having to manage the complexities of the larger organization and their own line manager are central to resolving the problems.

There are also occasions when it feels as if media hype about generational differences between managers and their team can be a genuine barrier or bring bias to the recruiting decision and subsequent management style.   The notion that Generation Y (“Millenials”) – born 1980 and 1996 – have an “almost belligerent sense of entitlement” is sometimes played back to us in discussing candidates.  I usually refrain from saying that as someone in the age group it is not something I recognize or accept as a generational issue.

We are interviewing rising talented finance professionals in their late 20s to early 40s and finding that Millenials can be as tough-minded, pragmatic and assertive as anyone other generation.  As I explored in a previous blog they are an emerging pool of talent who have often, in the past two years, stepped up when their boss left or the company’s middle management was cut.  They have carried themselves with assurance, demonstrated their ability to deliver results and there’s even evidence that in general they work more hours a day than other generations.

It’s a generation that comes ready made with the basic skill set as finance becomes increasingly driven by automation, machine learning and artificial intelligence.  They were the first to grow up with the pervasive information technology that emerged in the last decade of the 20th Century and became the leading edge of the “digital natives”.  They recognize the world before the Fourth Industrial Revolution but also understand the political, social, economic and organizational opportunities and challenges that technology brings to the future.

The Millenials also grew up at a time of developing awareness about the implication of climate change, a changing economic world order and the perils of unfettered technology.  They tend to be realists which may be because they are generally worse off financially than prior generations.  But there is evidence that they will choose to quit if they don’t see the equity, transparency, flexibility and purpose they expect from employers

They might also ask more questions about home-working, diversity, equality and ethics. Our perspective is that the candidate is right to try to understand if a company’s culture and expectations will suit them.  We actively encourage these conversations because if incentives and motives don’t line up, it is unlikely to work out for them or the hiring company.

Many of our discussions focus on how to qualify candidates effectively before interview to ensure their principles and ethos are a good match.  This requires reflection and self-awareness from clients but helps to screen out individuals who have a conflicting set of expectations or professional philosophy.  It‘s part of the efficiency that an external recruiter can bring because all of that work in advance means clients are interviewing and selecting from a short list that is likely to be job ready and willing to join.

For good recruiters it becomes second nature to separate these considerations from any forms of personal bias because we focus on the job that needs to be done rather than our own preferences as managers and employers.

Holding Out for a Hero

Increasingly, the hiring manager may come from Generation X – born 1965 to 1980 – and they probably remember the time when their own manager was a Baby Boomer with suspicions about the character and qualities of the up-and-coming cohort of talent.  It was characterized as a generation of “latch key kids and widespread divorce” but they became defined by their pragmatism, fortitude and ability to rely on themselves.  They might even feel entitled to doubt the qualities of the rising number of Millenial candidates to be as good as them.

Time Magazine decided in 1990 that they had “few heroes, no anthems, no style to call their own”.  The generation spawned a bevy of disrupters like Elon Musk (b. 1971), Sergey Brin and Larry Page of Google (b. 1973) and Jack Dorsey of Twitter (b. 1976).  No heroes but several billionaires and plenty of style which meant that by 1997, Time had changed its tune and was calling them “X-citing, X-igent, X-pansive”.

The propensity for each generation to have a sneaking suspicion about the quality of those that follow goes back to Socrates and probably further.  A study has shown that some of the conflict is driven by a “person-specific tendency to notice the limitations of others where one excels and a memory bias projecting one’s current qualities onto the youth of the past”.  Basically, it’s easy for the older generation to think they are better than the younger and to look at their own youth through rose-tinted spectacles.

Gen X and Gen Y will become the largest groups in the workforce and are likely to shape business for at least the next decade. That’s one reason we have seen an industry developing to give advice on how they can work together to best effect.  Our job as a recruiter is to cut through any form of prejudice, bias, misunderstanding or misguided opinion that will prevent the best candidate being recruited.

But we do know that some research suggests that 57% of people have “left a job specifically because of their manager” and other research says the figure could be as high as 75% which means that there’s work to do on retention. The Association for Talent Development and others have suggested some differences in attitude and a number of practical ways of enhancing the interactions.  It’s reasonable to add for balance that some scientific studies are dismissive and report that “meaningful differences among generations probably do not exist on the work-related variables we examined.”

Bob Dylan’s advice to the older generation was “don’t criticize what you can’t understand” when the “times are a-changing”.  With top talent hard to find and easy to lose we think it would certainly pay dividends to broaden knowledge of how to handle the potential generational issues as part of management and leadership development.  It’s particularly worth consideration by middle managers as they work between line managers and direct reports who may be from entirely different generations.

The title and sub-headings are from hits across a few generations:

Stuck In the Middle With You – sometimes known as “Stuck in the Middle” was written by Scottish musicians Gerry Rafferty and Joe Egan and performed by their band Stealers Wheel.  The song charted in 1973 but is probably best remembered by later generations from 1992 when it was used in Quentin Tarantino‘s debut film Reservoir Dogs.

My Generation – played by the Who and written by guitarist Pete Townshend.  It was released in 1965 and named the 11th greatest song by Rolling Stone on its list of the 500 Greatest Songs of All Time. It’s been covered by many bands, including Oasis, Green Day and Patti Smith, seeking to put their own stamp on the song’s expression of teenage angst.

Holding Out for a Hero – recorded by Welsh singer Bonnie Tyler for the soundtrack to the 1984 film Footloose. The song was written by Footloose screenwriter Dean Pitchford with Jim Steinman who is better known for his work with Meatloaf.

“Harder, Better, Faster, Stronger” – released by French duo Daft Punk, in October 2001.  Reached number three on the US Dance Club Songs chart and charted around the world from Europe to Australia. It is built around a keyboard riff sampled from the 1979 track “Cola Bottle Baby” by the funk musician Edwin Birdsong. 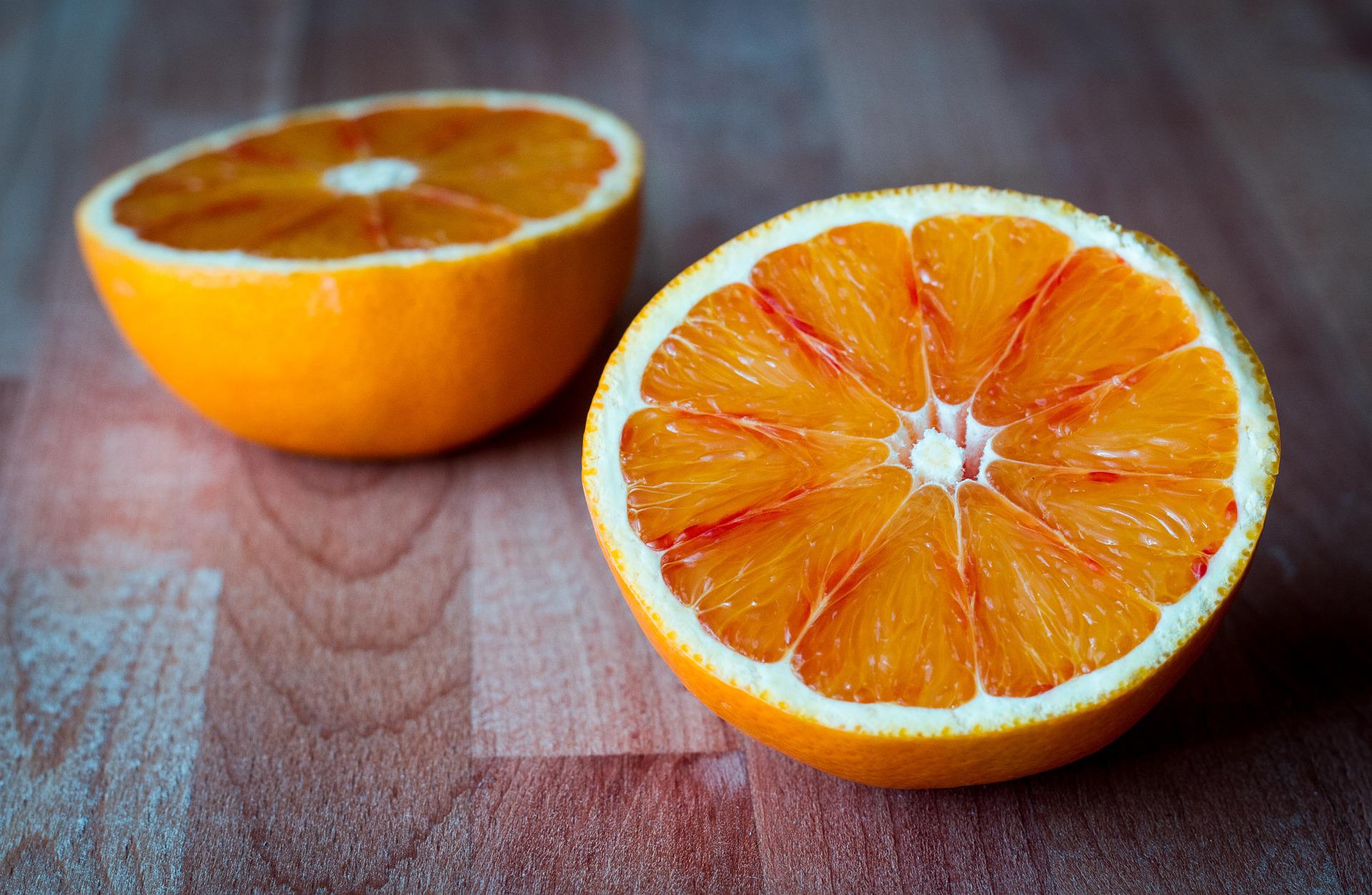 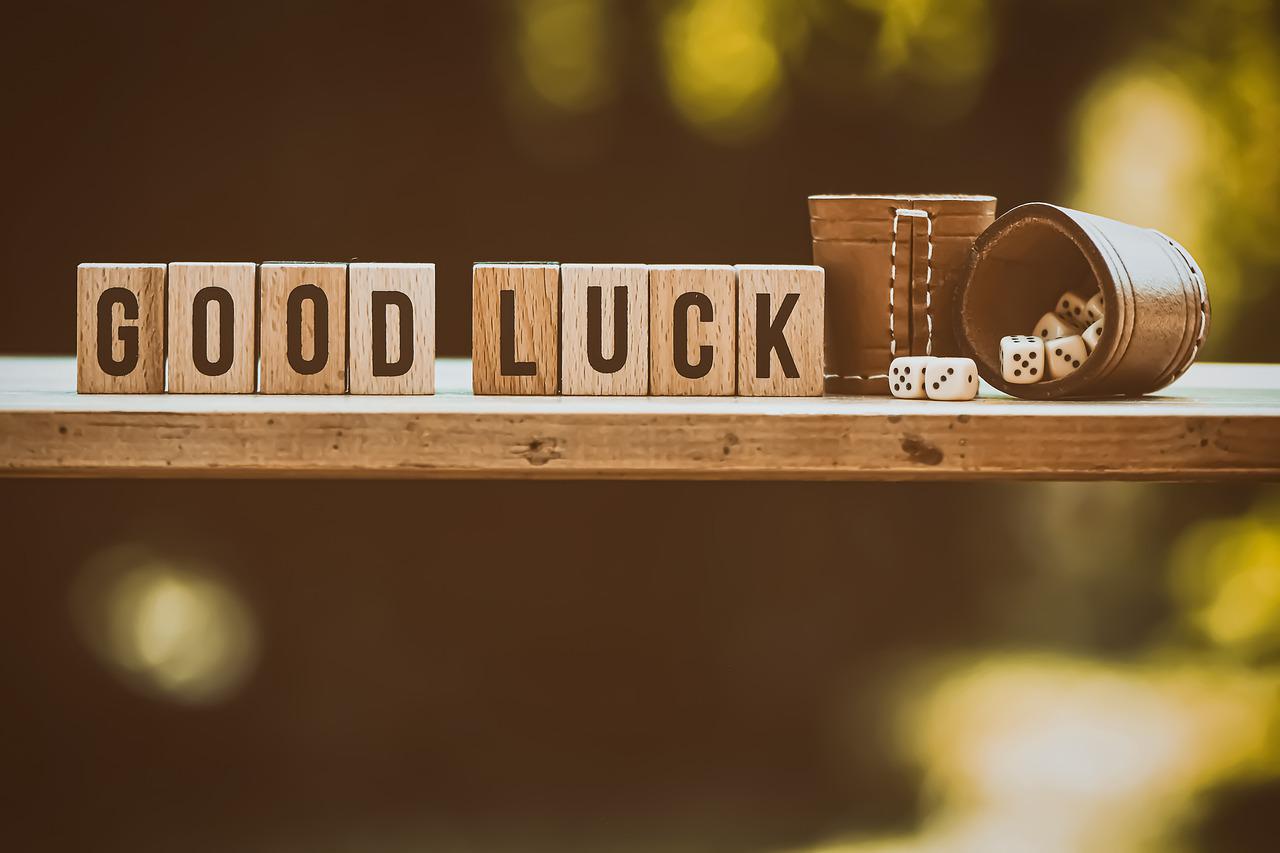 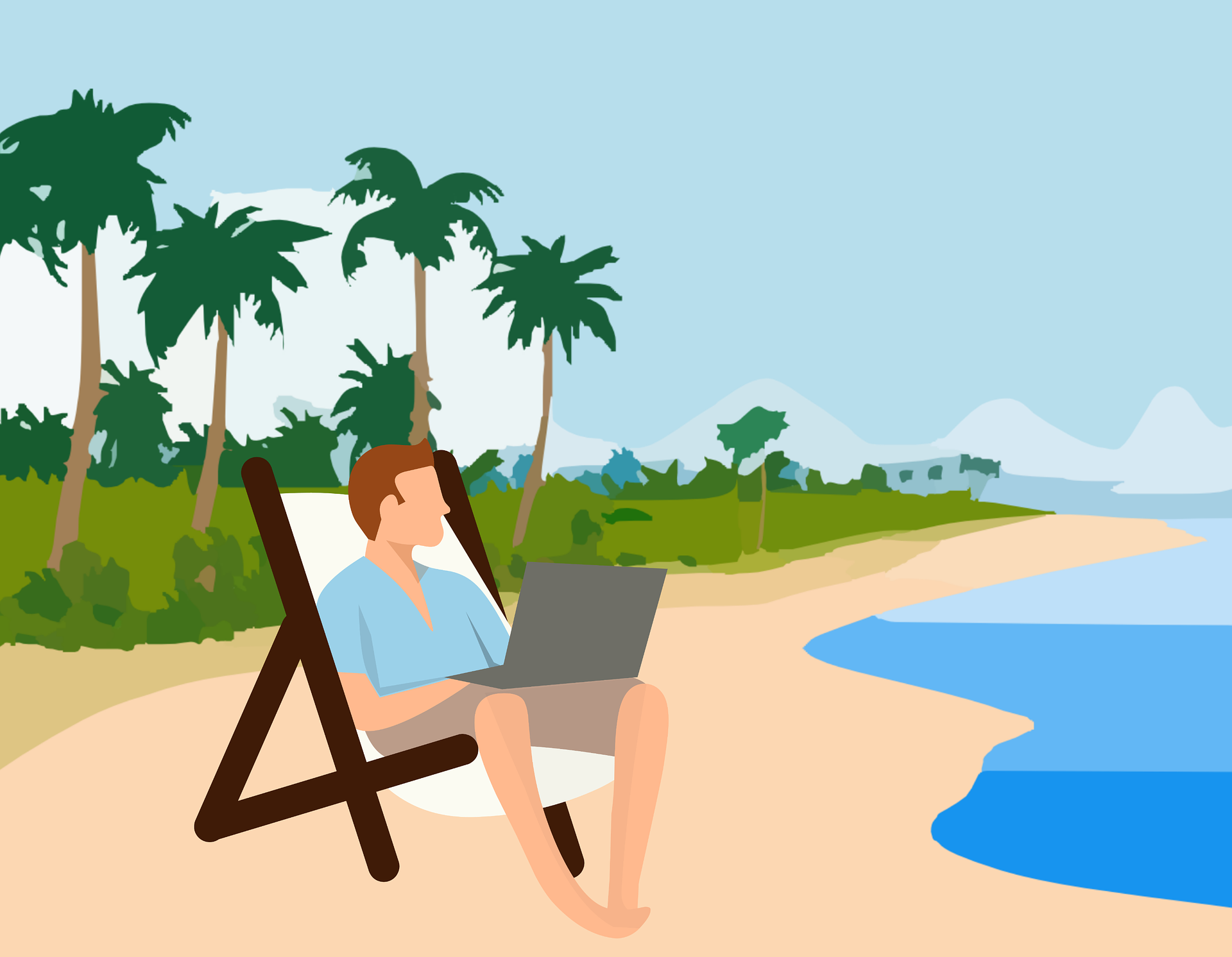 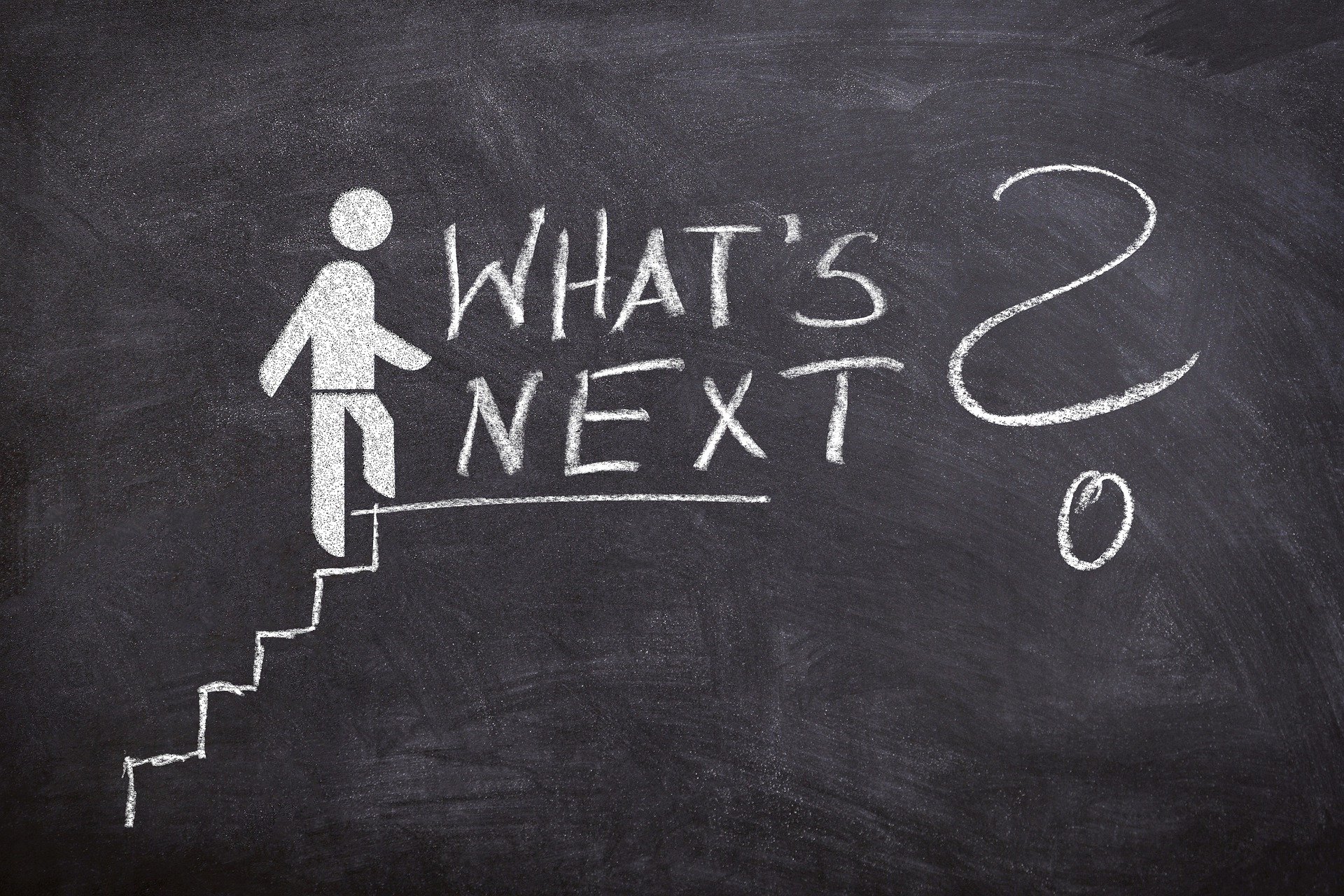